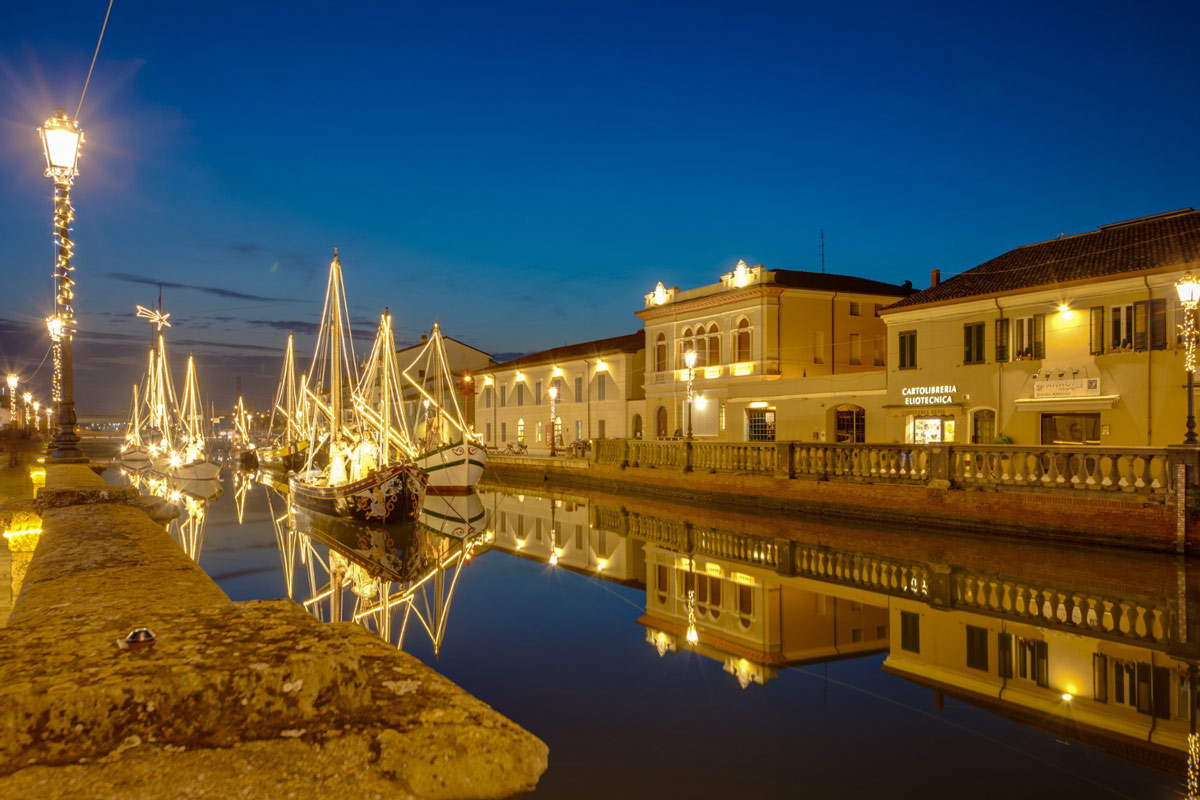 In the old part of the Leonardo Da Vinci harbour, on the ancient boats of the Floating Maritime Museum, 50 full size statues created in wood by local artists. It is an enjoyable tradition which has been renewed for years; the Maritime Museum is illuminated with thousands of lights and animated with artistic lifesize statues which tell the Nativity story in marine style. The characters (fishermen, carpenters, puppeteers and musicians together with the Holy Family) have been fashioned in a most original manner: the exposed parts of the body have been sculpted from Swiss pine and the clothes are draped fabric stiffened with hot-brushed wax. Year after year the Nativity Scene grows bigger and bigger, new statues and new characters are added. The Crib on the boats of the Maritime Museum can be seen from Sunday 5th of December 2021 , to Sunday 9th of January 2022.