Waders, float parades and acrobatics on the Porto Canale

Home / / Waders, float parades and acrobatics on the Porto Canale

Pure emotion in Cesenatico during the Christmas holidays, with  the traveling performances on the Canal Harbour.

There will be parades of floats with Santa Claus and performances by waders, jugglers and acrobats with glittering and scenographic costumes that will amaze spectators of all ages.

The events  are scheduled from 3.30 pm on the Canal Harbour on Saturday the 12th and 19th December with the artistic and musical Performance. On 26th December you can “Le Lune”, a traveling show on stilts and luminous costumes, while on 2nd January “Les Montgolfières” a show on stilts, flying vaulting of great impact for the public.

On Sunday the 8th December do not miss the itinerant musical show “Christmas on the road”: a musician chariot led by Santa Claus will carry on a dancer hanging from a revolving moon in magical acrobatics. 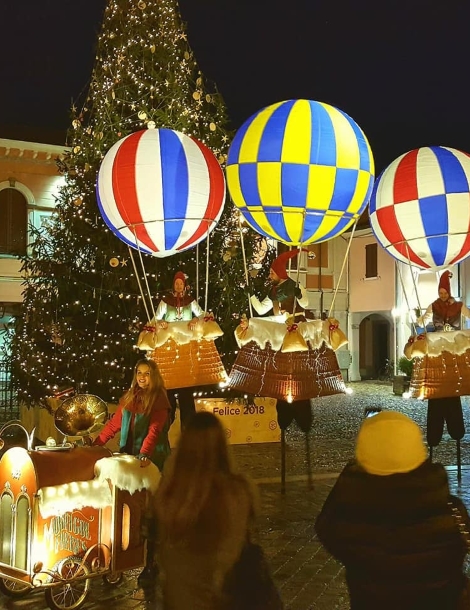