Romagna: a place of culture and traditions. It’s the place that more then any other can keep up with what’s new and, at the same time, still preserve their customs. It’s like a Mos Maiorum that project itself towards modernity.

Is not difficult to find sites that usually belong only in scripts or poems. Someone is playing an instrument in their garden, the loud noise of the balera dance, a farmer or a fisherman always ready to talk about the place and it’s characteristics. You find yourself in very lively situations, that gives you a sense of deja vu’, which are often accompanied by a glass of Sangiovese wine and a few improvised songs.

Romagna’s history was made by more then the different and influential figures, it’s uniqueness lies around its tale. Because in this lands, just “talking” about music is not enough. This is a reality where there is a soundtrack accompanying the everyday life.

The liscio (a type of song to dance to), by itself can explain a culture better then words.

“Romagna mia, Romagna in fiore, tu sei la stella, tu sei l’amore…”
(My Romagna, blooming Romagna, you are a star, you are love…)

This song can more then any other embody and evoke the true nature from which it draws inspiration. Secondo Casadei was the one that gave the start to romagna’s liscio, a dance that once you had try it, it can’t leave you. What’s the result? That his song became the anthem of Romagna. Or rather, it became the main identifying factor of the all territory. But, of course, the story does not end here.

“La briscola e il tressette, si gioca all’osteria. E col bicchiere in mano si canta in allegria…”.
(Briscola and tresette*, you play at the tavern. And with a glass in hand, you joyfully singing…)
*card games

A portrait of what you can find in this Region. “Romagna e Sangiovese” is the song that depicts the true essence of this location. Raoul Casadei, grandson of Secondo Casadei, is now the new bearer of our music tradition, with the mission of spread it all around Italy. Romagna’s magic lies in the fact that it’s traditions are eclectic and dynamic. They don’t stay in a corner to be forgotten. They guide the new generations and by them are retold, preserving them but at the same time adapting them to fit the new lifestile. That why they are still relevant and not just words on a dusty almanac.

Raoul Casadei, in 2011, realised a real masterpiece of words and notes. But he was not alone in this mission. With his grandson Mirko Casadei, was able to star a new era in this tradition and pass it on the next generation.
A song after the other, a year after the other, we reach up to the present day.
Whoever thinks that Romagna’s music production is ending or that is stuck, could not be more wrong.
The new songs talk specifically about Cesenatico.

This is “Non lo sappiamo più”, a song by the band Matrioska. They are talking about the port designed by Leonardo Da Vinci and Roberto is the trusted barber of many citizen of Cesenatico. Is not the same atmosphere of lisco, but they keep narrating about our city with the magic of music.
And soon the song “Cesenatico” will come out, by the singer and songwriter Massimo Giovanardi. A melodic journey with Cesenatico as it’s destination.
And now the memory of the King of Liscio is stronger the ever. The day of Raoul Casadei’s birthday (Sunday August 15), at 7:45pm, will start a long night dedicated to the music that made Romagna’s tradition famous all around the world. Like the house of Roul Casadei, located in the big avenue between Cesenatico and Gatteo Mare, a place that made history in Italian popular culture.
Here, on that avenue, Mirko Casadei POPular Folk Orchestra will perform with a guest of honour: Enrico Ruggeri. Together they will play liscio’s music like you never heard before, making you dance under Romagna’s the starry night, made even more beautiful by the lights that will spell the words of “Romagna Capitale”.
With them, will also perform Khorakhane and Balla con noi. 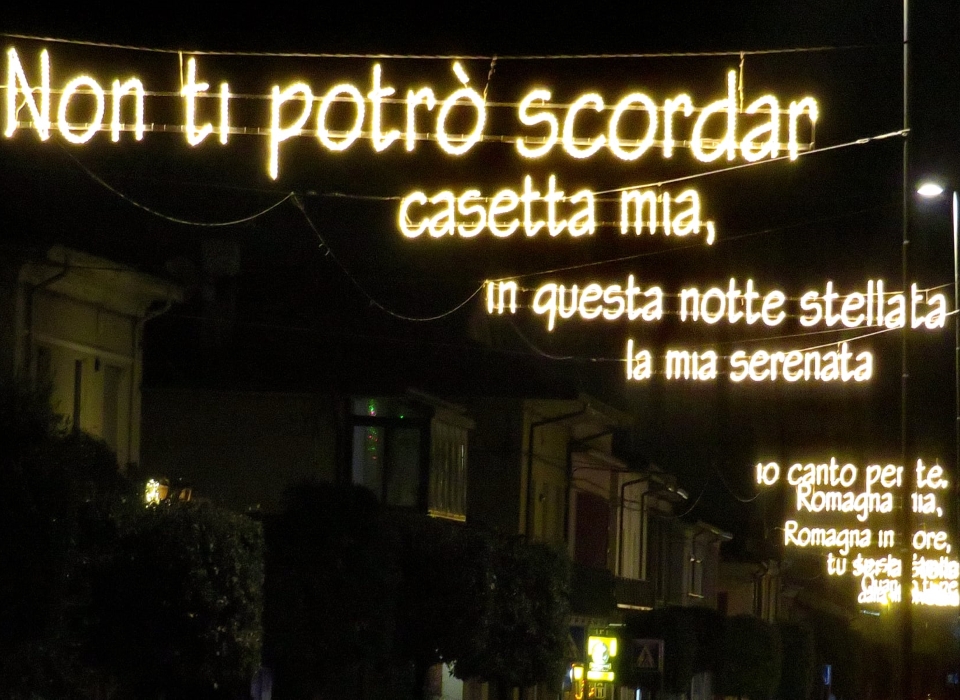 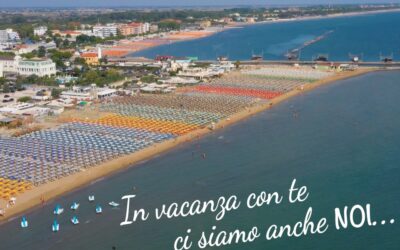 The new promotional video of Visit Cesenatico is online! 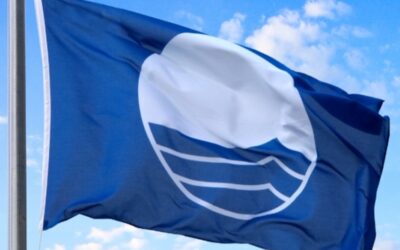