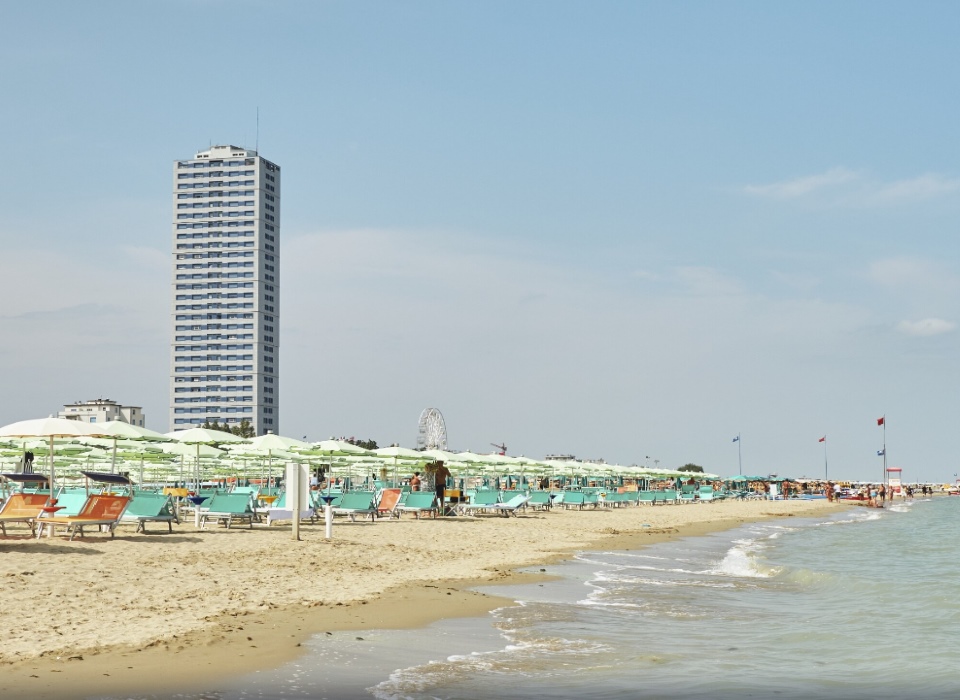 The skyscraper, symbol of Cesenatico, was built in 1958 by the ‘Marinella’ company of Faenza following a design by engineer Eugenio Berardi. The building has three different blocks: a rectangular three-storey one facing the sea, which was originally intended as a hotel, a seven-storey one facing Viale Carducci, and a 33-storey tower. When it was built, for several years, it was the tallest skyscraper in Europe.

The building cannot be visited inside as there are only private apartments.