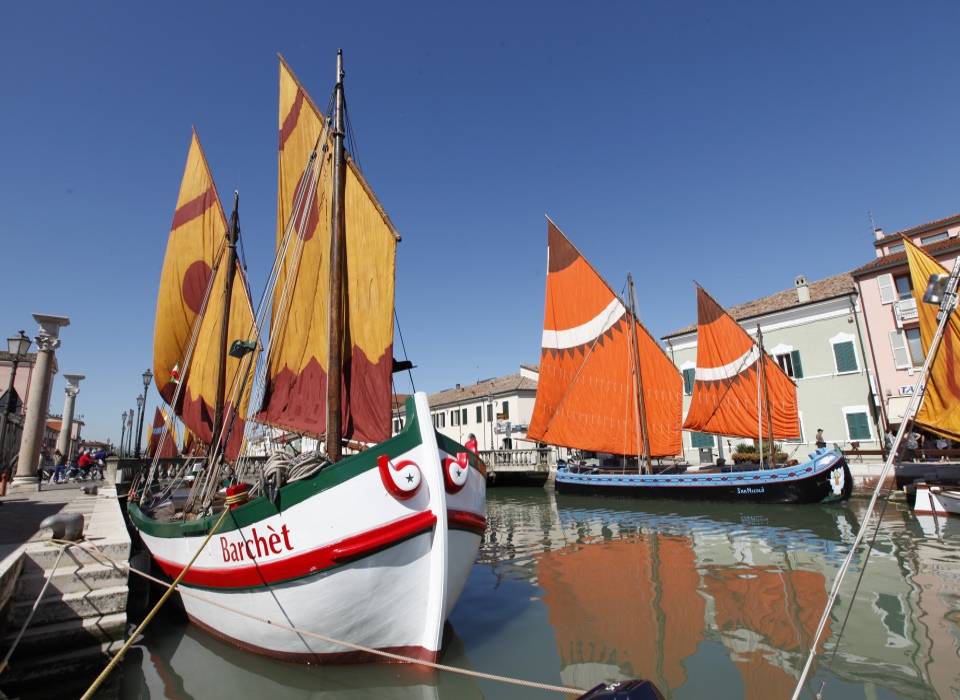 The 'Leonardesque' Canal can be reached by car or public means of transport.

It cuts through the town and represents its central core.
It was built in 1314 because of the urgent need of the town of Cesena to create an outlet for its own trade. In 1502 Cesare Borgia (il Valentino) conquered the town and called Leonardo Da Vinci in the hope of finding a solution to the problem of sand bars silting up the harbour entrance.
An exact copy of Leonardo's drawing can be seen in the Municipal Library of Cesenatico, whereas the original is preserved in the French National Library in Paris.

In the first stretch there is the Floating Marine Museum , unique in Italy and one of the most attractive and photographed marine scenes of the Mediterranean.

A lot of events take place along the banks of the canal: Cuccagna dell'Adriatico (greasy pole), the traditional Marine Crib , etc.