THE MONUMENT OF GARIBALDI 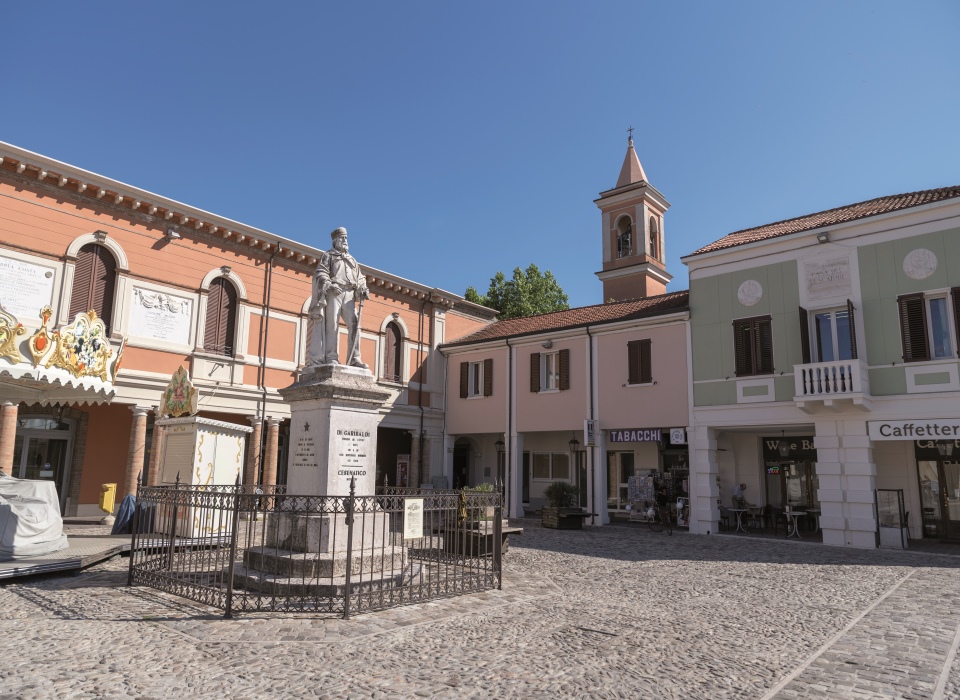 The Statue of Giuseppe Garibaldi can be reached by car or public means of transport.

It is situated in the Pisacane Square and is one of the first statues ever erected in Italy 1884 to the national hero Giuseppe Garibaldi. The monument crafted byTullo Golfarelli (Cesena, 1852 – Bologna, 1928) in 1884  recalls an important historic event which took place in Cesenatico on the night of 2nd August 1849: Garibaldi with Anita, Ugo Bassi and other patriots arrived here; they had escaped from Rome and were heading for Venice, hunted both over land and sea by they pursuers. Garibaldi embarked on thirteen 'bragozzi' and set out to relieve Venice despite the stormy weather.