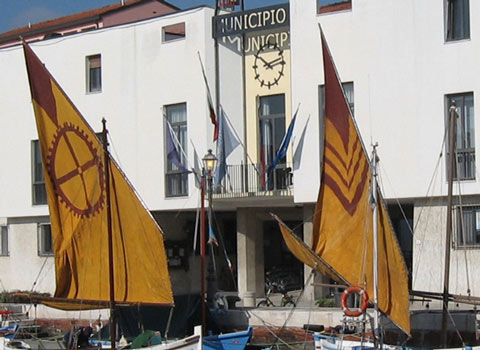 Opening times: the building houses the municipal administration offices and can be therefore visited only in its outside part

The Town Hall can be reached by car or public means of transport.

The former Town Hall of Cesenatico, a house built during the nineteenth century on the east side of the harbour and surmounted by a high tower, was completely destroyed by the bombings of the Second World War.
The new Town Hall was erected in 1960 according to a plan by the Architect Giò Ponti.
The choice of such a modern design provoked discussions among citizens, since a lot of them would have preferred a building resembling the previous one.Free Wifi